Sonyâ€™s PlayStation 3: Between a rock and a hard sell? 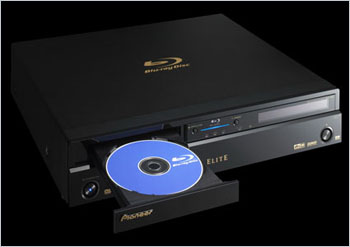 With the 2006 International Consumer Electronics Show now underway in Las Vegas, details regarding the pricing of next-generation optical media are finally becoming available.

While players for the lesser-enthused HD-DVD format are ringing in at a moderately high amount of $500 USD this March, Pioneer’s unveiling of a Blu-ray player has turned heads with its impressive array of features – and also with its impressively high price of $1800 USD.

So where does that leave Sony’s PlayStation 3 console? We’re supposedly expecting it to launch in Spring 2006, meaning one hell of a margin for Sony to be eating to drop the console down to match the Xbox360 in price – or even cost just a couple hundred dollars more. Muddying the waters a little further is Microsoft’s announcement yesterday regarding their Xbox360 and its upcoming HD-DVD support. Does this even the console playing field?

My best guess about what to expect next is really what I’ve said all along: A Spring 2006 launch for the PlayStation 3 is next to impossible. We’ve not seen a single leak as to pictures of the PS3 or its peripherals and we’re now just – what, 3 months away from deadline? How about launch title previews? Anything? Unless Sony is pulling off one hell of a security job, I’m thinking 4th quarter 2006 at the soonest.