What do Torontonians get out of the 2015 Pan Am Games?

The city of Toronto has put back an enthusiastic bid to host the Pan American Games in 2015. Its competitors: Bogota, Colombia, and Lima, Peru. (A fourth city, Caracas, Venezuela, bowed out of the competition in late 2008.) A decision is expected by the end of this year.

Perhaps unfairly, every Torontonian I have quizzed about the Pan Am Games has likened them to a budget Olympics. When asked to list any possible advantages that came to mind as a result of a Toronto bid win, all of those surveyed responded by stating that new sports facilities would be a potential plus.

So what new facilities does the city of Toronto stand to gain as a result of winning the 2015 Pan American Games? (Note: This list ignores all construction outside of City of Toronto borders.)

Let’s examine each of these new constructions in detail. 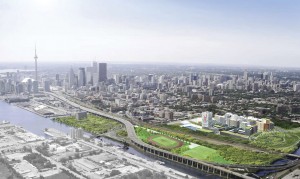 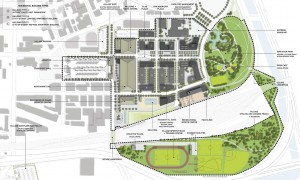 Toronto’s newly built, Pan American Village will offer up to 8,500 dedicated beds and be one of the jewels of the Games legacy. Located within close proximity to Toronto’s picturesque waterfront, iconic downtown and several major Games venues, the Village will incorporate an 18-acre park with a range of training facilities including a 50m pool, 400m track and running trails. The International Olympic Committee’s technical requirements will be met at the Toronto 2015 Pan American Village.

A recreation centre, 50m pool, 400m track, throwing and jumping area, basketball courts and a football pitch will all be part of the zone. The park will offer running and cycling trails that wind through an urban meadow with views of the Don River, Lake Ontario and downtown Toronto. These features will be connected to the 18-acre Don River Park which will also be part of the Residential Zone.

The Residential Zone, in fact the entire Pan American Village, will be equipped for wireless access for personal computers and handheld devices. 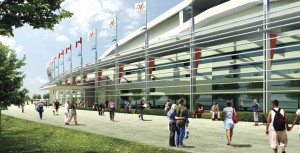 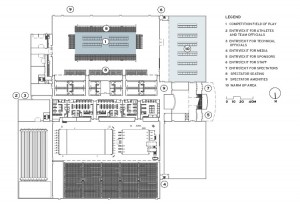 The fencing and swimming components of the Modern Pentathlon will be held at the Canadian Sport Institute Ontario and the Pan American Aquatics Centre with 10,000 seats, two 10 lane, 50m pools and a significant 3,000 seat field house, all including the latest technology to support high performance summer sports. 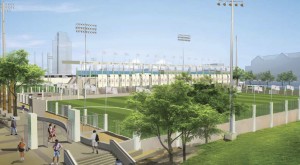 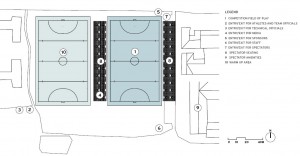 As Ontario’s first dedicated international field hockey venue, including two fields meeting international specifications, it will become a centre of excellence for the national and provincial teams as well as provide a dedicated site that will host all levels of the game from international events to grass root leagues and tournaments. 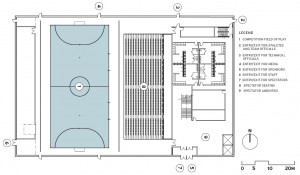 The Goldring Centre for High Performance Sport at the University of Toronto is a sports complex that will house research and teaching labs, a strength and conditioning centre, a state-of-the-art sport medicine clinic and a 2,000 seat multi-sport field house.

The venue will house the Futsal competition â€“ an exciting fast-paced football sport sure to revel in the newly built facility, which is adjacent to Varsity Stadium, a site for the Football competition.

Total cost of hosting the 2015 Pan Am Games? The number we’ve been given is about $1.5 billion.

That concludes the new construction outlined in the Toronto 2015 bid book (PDF). Check out the official Toronto 2015 website for more information, and, please, leave a comment with your thoughts on Toronto’s bid below.