On 1st March 1965, OMEGA’s Speedmaster chronograph was “flight-qualified by NASA for all manned space missions“. Aside from this bit of starry eyed trivia, I’ve always thought that the Speedmaster neatly straddled the line between minimalism and showiness. It’s a watch that doesn’t knock anyone’s socks off for being huge or flashy, but is appreciated for those who know of its historical significance and pedigree.

Back in 2009 I acquired a Speedmaster Reduced (3539.50) which, on account of being extremely comfortable to wear, has become something I wear daily. It’s also nice to own an automatic variant of the watch so I don’t have to wind it quite so often. 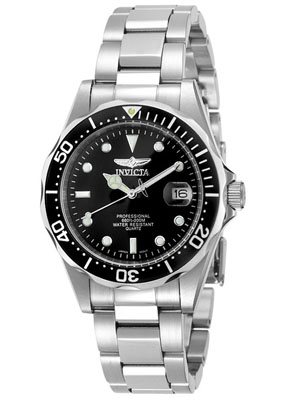 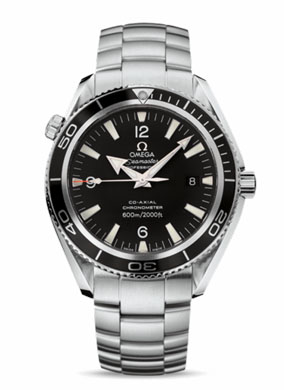 After I saw the watch on the left pop up on Hautelook today for all of $55, I got re-interested in the “homage watch” phenomenon that’s been going on since well before I was born. (Though in the age of the Internet, it’s a lot easier for people to talk about the subject.)

The watch on the left is by Invicta. It is a quartz watch with luminous hands, has a 40mm case diameter, and as previously mentioned, regularly sells for less than $75. The watch on the right is sold by Omega. It’s an all-mechanical watch that also has luminous hands, sports a 42mm case diameter, and can be purchased for slightly more than $2,000. Could you tell the difference from a couple of feet away?

I probably couldn’t and would have assumed the Invicta was an Omega. The difference is almost entirely in the details, of which there are many – though I wonder if even much more serious watch enthusiasts (I nearly wrote oenophiles before remembering that’s wine, not watches) pause to contemplate whether it’s really worth it before plunking down their VISA. Probably not – hobbies almost by definition equate to an irrational outlay of time, energy and money.